To connect to any MySQL server you need: 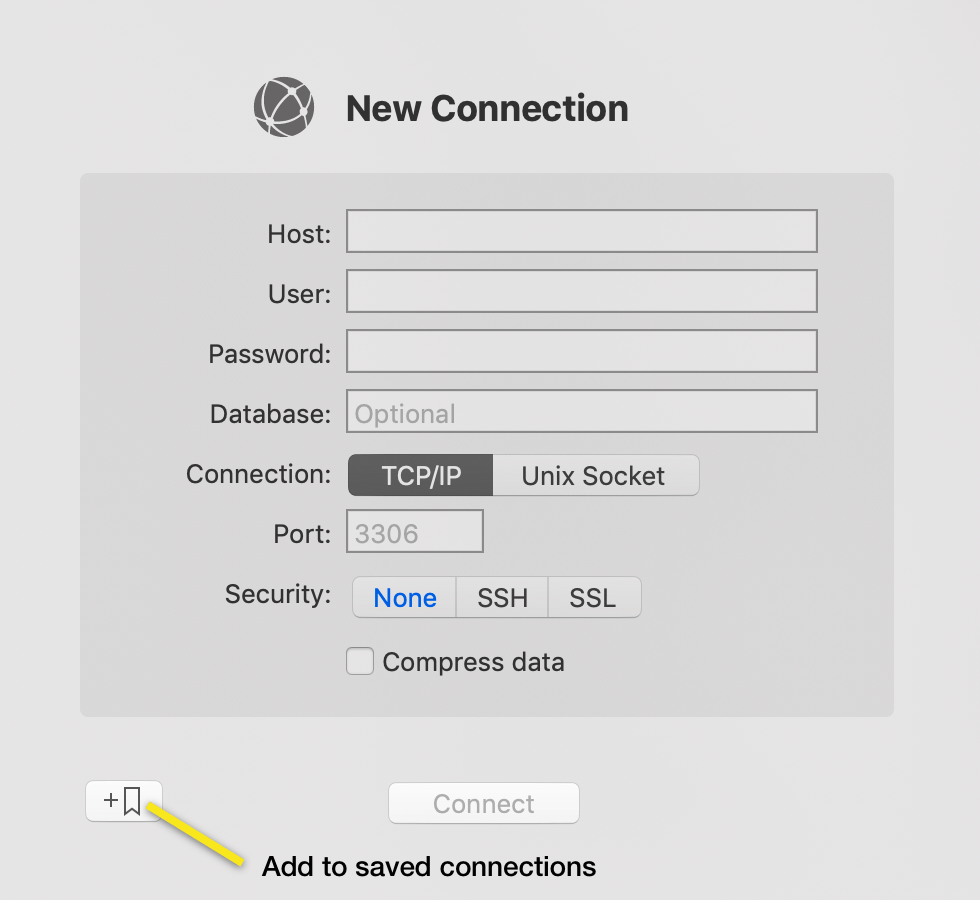 By default, MySQL uses unencrypted connections between the client and the server, which is represented by using the Security option labeled “None”. MySQL may still choose to use SSL if such a connection can be setup. By selecting the “SSL” security option, you are requiring that an SSL connection be made so the connection is secured. If you have SSH access to the machine MySQL is running on, you may run all communication through a secure encrypted SSH tunnel.

When MySQL is running on the same machine you are connecting from, you have two options to connect to the MySQL server. One is through TCP/IP, which requires an IP address or host name, or through a Unix Socket, which is done using a specific file on the machine.

Typical MySQL configurations from web hosts only allow connecting to the server directly via TCP/IP, encrypted with SSL, or optionally through an SSH tunnel.

Some servers may be configured to only allow connecting through a Unix Socket which ensures that the client is on the same machine, which is a way of preventing remote connections for security purposes. When using a Unix Socket, see the MySQL server’s configuration to determine the correct socket file path to use, or leave the field blank to use the typical default socket file path for servers on macOS.

The “Database” setting is an optional setting which tells Querious which database to “focus” the primary sidebar in the Content and Structure views on.

MySQL offers the option to compress the data being sent to and from the server from Querious. Compressing the data can greatly reduce the amount of bandwidth sent over the network connection, but does take some time to perform the compression and decompression. When working with a remote server across the internet, reducing the bandwidth used by compressing the data typically results in sending and receiving data more quickly. When working with a machine on a local network, or even on the same machine you’re connecting from, the maximum bandwidth speed is large enough that compressing the data can actually reduce the performance.

Because the performance impact compressing data may have varies for each server, Querious allows you to choose what to do. It’s generally recommended to turn compression on when working with remote hosts, and off for connecting to machines on a local network.